For any couple, there is nothing more jubilant than to be blessed with a child. In the end, it is what makes a family complete and what makes a house a place named home. All newly married pairs wish to have their own little angels as soon as possible, but then there are several cases of infertility whether on the part of the man or the woman. If you and your spouse have found yourself facing complications conceiving a child, you might be interested in attaining the services of the best infertility specialist in Ambala from Dr. Abhay & Dr. Thakur.

Infertility is defined as the incompetence of a couple to conceive after 12 months of unprotected sexual intercourse. In broader terms, infertility is an ailment of the reproductive system in either a male or female that impairs the conception of kids. The diagnosis of infertility is generally prescribed to pairs who have been trying to get pregnant without contraception for at least 1 year without any fruitful result.

Major cause of infertility? 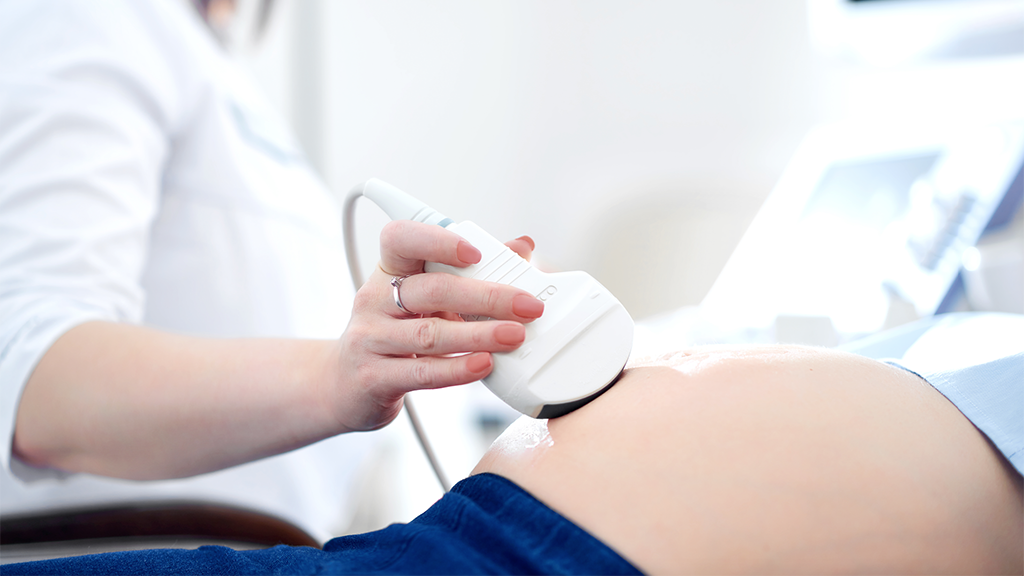 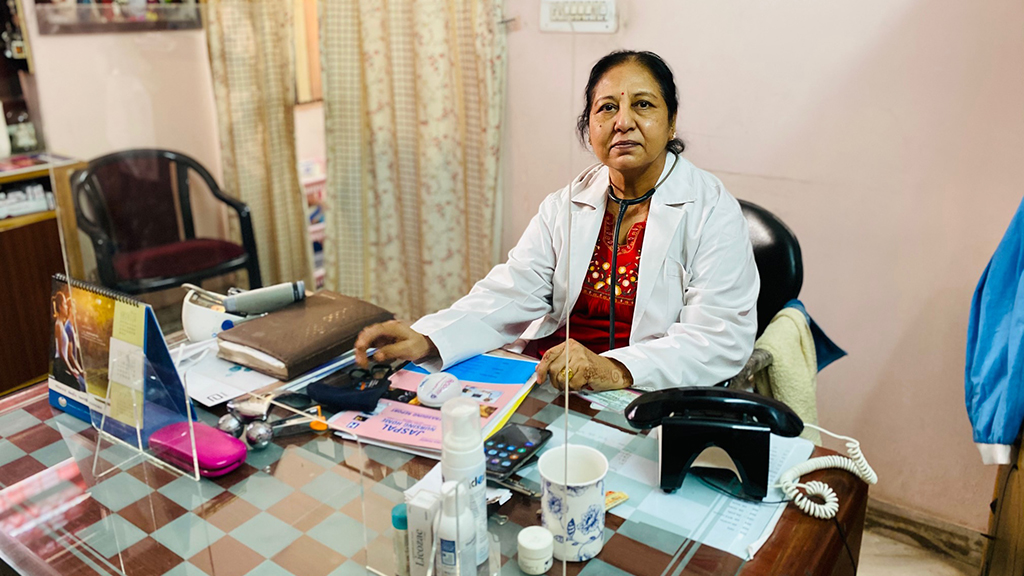 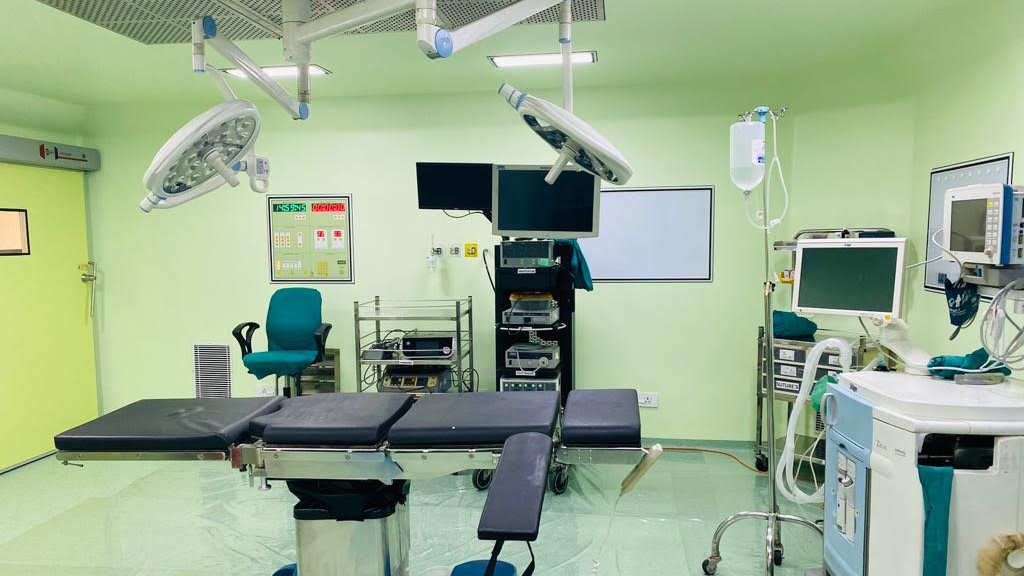 Infertility is difficulty in conceiving a pregnancy. This general term does not identify the cause of the problem or whether it will be permanent.

Often, physicians and researchers consider a couple to have infertility if they have not conceived, despite regular intercourse without using birth control, for at least a year. Fifteen to 20 percent of couples will not conceive despite a year of trying. However, this does not mean that they will not conceive later on, even without treatment. Some investigators consider two years without conception to be a better indicator of a couple’s need for assistance.

More than 90 percent of couples will have achieved a pregnancy within two years.

When an individual has no chance to conceive without treatment (for example, a woman does not ovulate or has two blocked fallopian tubes), it is sometimes called sterility.

Is infertility a male or female problem?

In 10 percent of couples, infertility factors are found in both the man and woman. In the remaining 10 percent, the infertility remains unexplained after testing.

Because either or both may be involved, it is important to test both the man and woman before starting treatment. No matter what the cause, most treatments require the active participation of both partners.

If I had a baby once, can I be infertile now?

Yes. Secondary infertility is the name given when the problem arises in a couple who have been able to get pregnant in the past. Sometimes a new factor, such as an infection, has damaged the reproductive organs since the last child was born. Sometimes the aging process makes it more difficult for a couple to conceive, even if they had no problems when they were younger.

Couples with secondary infertility may wish to seek emotional support specifically geared to their concerns. These couples often report that they feel caught between two worlds. They feel alienated from those who easily create families of the size they want, while at the same time they are envied by childless people with infertility.

“My first baby was born at 36 – no problem. I got pregnant the first try. But, three years later, I didn’t get pregnant.” INFERTILITY PATIENT

For a couple to conceive and carry a pregnancy, four parts of the reproductive system must be working adequately:

Many types of problems – including hormone abnormalities or blockages caused by infection or scar tissue – can affect one or more of these functions.

According to national data, there has not been a major increase in the proportion of couples who are infertile. However, many more women are seeking medical services for the diagnosis and treatment of infertility – particularly those who have not previously had any children.

The most predictable age-related change is a gradual reduction in the number and quality of eggs produced as a woman enters her late thirties. As she nears menopause, eggs are not released in more and more of a woman’s menstrual cycles, making conception impossible.

“The office said they don’t refer to infertility specialists until a year of trying. I said maybe they shouldn’t wait that long in someone who is 39, and she agreed.” IVF PATIENT

Also, as women age, they are more likely to have had illnesses or medical treatments that can compromise fertility. Some of these affect the reproductive system directly, such as endometriosis, sexually transmitted diseases (STDs), surgery on the reproductive organs, or ectopic pregnancies. Others are general medical problems that can damage fertility, such as hypothyroidism, high blood pressure, diabetes and lupus.

As they age, men may also be exposed to infections, medications, or occupational or environmental chemicals that can impair fertility. However, they do not experience the same dramatic and predictable age-related decline as women.

Because of the increased possibility of fertility problems, women over the age of 35 are often counseled to seek medical advice if they attempt to conceive for six months without success. However, because conception is likely to take longer in older women, some experts suggest that couples give themselves more, rather than less, time to conceive before seeking medical help.

Couples must find a balance between not allowing enough time for conception and delaying too long (making treatment less likely to succeed).

Does stress cause infertility?

However well-intentioned, the statement “just relax and you’ll get pregnant” has been very hurtful to couples with infertility. Two decades ago, researchers thought that almost half of infertility in women could be attributed to stress and psychological factors. Nowadays infertility is better understood, and stress is recognized primarily as a result, rather than a cause, of fertility problems. However, there is evidence that stress can have a negative impact on sperm and egg production. Research is ongoing to help understand how stress may influence fertility and the success of treatment.

Can infertility be prevented?

Sometimes. By learning about the known causes of infertility, young men and women can reduce the risk that they will face this challenge when they decide to start a family. Some strategies for prevention:

Take precautions (such as the use of condoms) to avoid sexually transmitted diseases (STDs). STDs, particularly gonorrhea and chlamydia, can infect the reproductive tract and cause blocked fallopian tubes or sperm-carrying ducts.

Seek prompt treatment for potential STDs. STDs cause more harm to fertility if they are untreated or not completely treated.

When selecting a birth control method, learn about its possible impact on future fertility and make that an important factor in your decision.

Make medical decisions with fertility in mind. Inquire about the impact of medications, including herbal supplements, on reproduction in men and women. If you develop a gynecologic condition, such as a uterine fibroid, endometriosis, or abnormal Pap smear, ask which treatments are most likely to preserve your fertility.

Make fertility-enhancing lifestyle choices. In men, excess heat exposure can lower fertility. Cigarette smoking is associated with an abnormal semen count in men. In women, smoking can reduce fertility and raise the risk of miscarriage. Being underweight, losing weight rapidly, or exercising at an extreme level can impair fertility in both men and women. In women, obesity is also associated with lower fertility. For some couples, changing exercise habits or achieving a more healthful body weight leads to conception with no medical treatment.

Allow sufficient time to attempt conception. Many infertility factors do not make it impossible to conceive but lower the chance with each cycle. This lengthens the amount of time conception is likely to take. If you do not try to become pregnant until late in your reproductive years, or if you count on conceiving within a short time period, you are more likely to be unsuccessful and to assume you need medical help – even if you might be capable, given enough time, of conceiving without treatment.

Can infertility be cured?

Some treatments correct factors that cause infertility. If they work, the infertility should be reversed and a couple should be able to achieve one or more pregnancies. In contrast, other therapies are used to establish pregnancy in a treatment cycle without permanently correcting the underlying problem.

In some cases, medication can improve or correct an underlying medical condition that makes it difficult to conceive. Women with endometriosis, cervical infections, polycystic ovarian syndrome, or hormonal imbalances can be treated with medications, thus easing barriers to conception.

When a woman has blocked or damaged fallopian tubes, surgery to repair them is an example of treatment aimed at curing infertility. If it is successful (meaning the tube is both open and able to function normally), she should be able to conceive one or more times without further medical intervention. However, many experts believe that, for most women with blocked tubes, the chance of becoming pregnant is greater using in vitro fertilization(a technique to get around the problem) than surgery.

When considering various treatments, ask whether each approach is supposed to circumvent infertility or cure it. Get information about the chance of success with each approach (in light of your age and diagnosis) and its costs (including learning if your insurance carrier covers it).